Perhaps because it is covered in detail in Grade School and Middle School curriculum, one of the most asked geologic questions I hear from youth has to do with differentiating between the three types of volcanoes.

In the State of Utah there are many examples of the three main types of volcanoes. The following is a brief introduction to Utah’s volcanoes; only several of numerous volcanoes are mentioned.

Today’s active stratovolcanoes include those in the Cascade Range in Washington, Oregon, and California where an oceanic plate (Juan de Fuca) is subducting underneath the North American continental plate.

Two examples of Utah’s most recent stratovolcanoes are Mount Belknap in the Tushar Mountains and Monroe Peak on the Sevier Plateau. These stratovolcanoes exists on the tail end of a line of explosive volcanism that extended from near Richfield, southwestward to the Nevada border. Like ancient Yellowstone National Park, many of these volcanoes were among the largest volcanoes to ever erupt in North America.

Because these volcanoes are old and have been extensively eroded, it is difficult to distinguish the original volcano shapes. 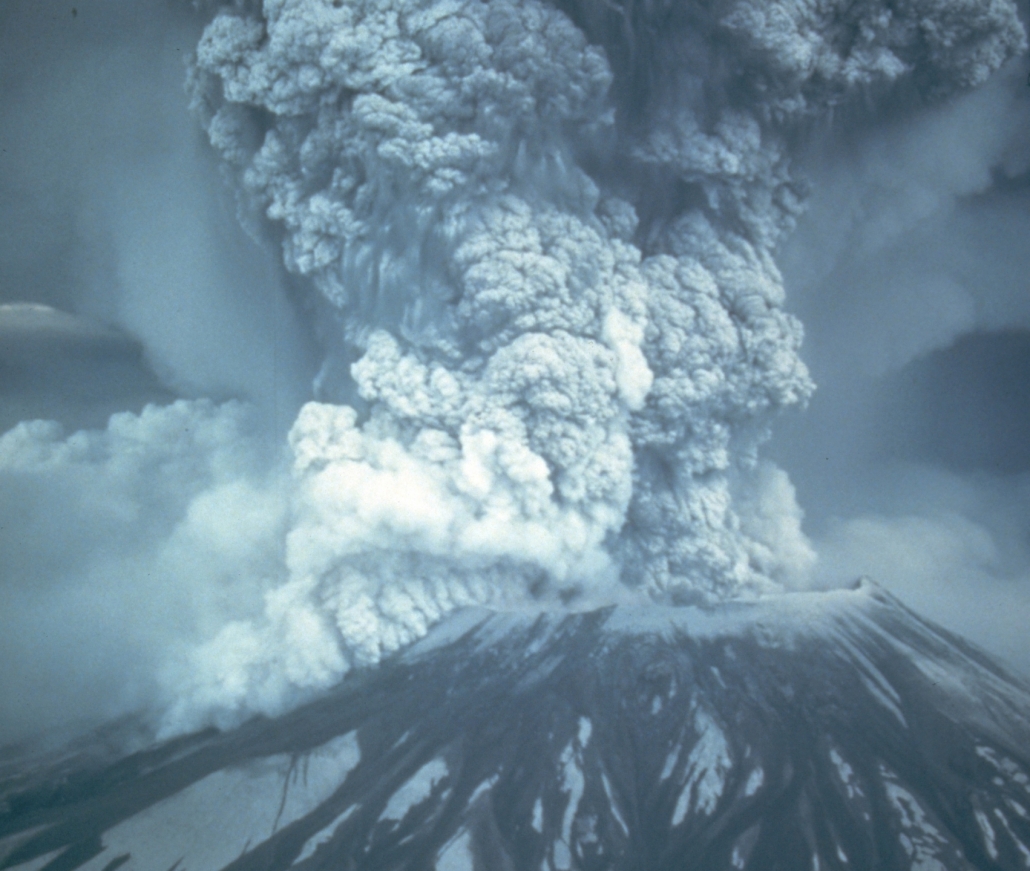 Shield volcanoes and cinder cones started to erupt about 12 million years ago after plate motions and resulting crustal forces changed.

Compressional forces had eased, and the crust started to stretch between the Wasatch Range in Utah and the Sierra Nevada Range in California. This extension created splintered zones in the Earth’s crust where magma rose to the surface creating shield volcanoes and cinder cones. These types of volcanoes are far less explosive than stratovolcanoes and tend to create smaller deposits.  Because the lava from shield volcanoes comes from a deeper source and contains more iron and less silica than stratovolcanoes, they tend to leave darker and thinner magma deposits.

The most recent volcanic activity in Utah occurred about 600 years ago in the Black Rock Desert (Millard County). The only place in the United States were these types of volcanoes are currently active is Hawaii.

Iceland and Hawaii are great modern examples of the shield volcanoes which have periodically erupted in Utah over the last 15 million years.

Use this map to zoom in and explore Utah’s various volcanic deposits. Each element can be clicked for more details.  The top arrow opens a Legend which explains the meaning of the maps various features.