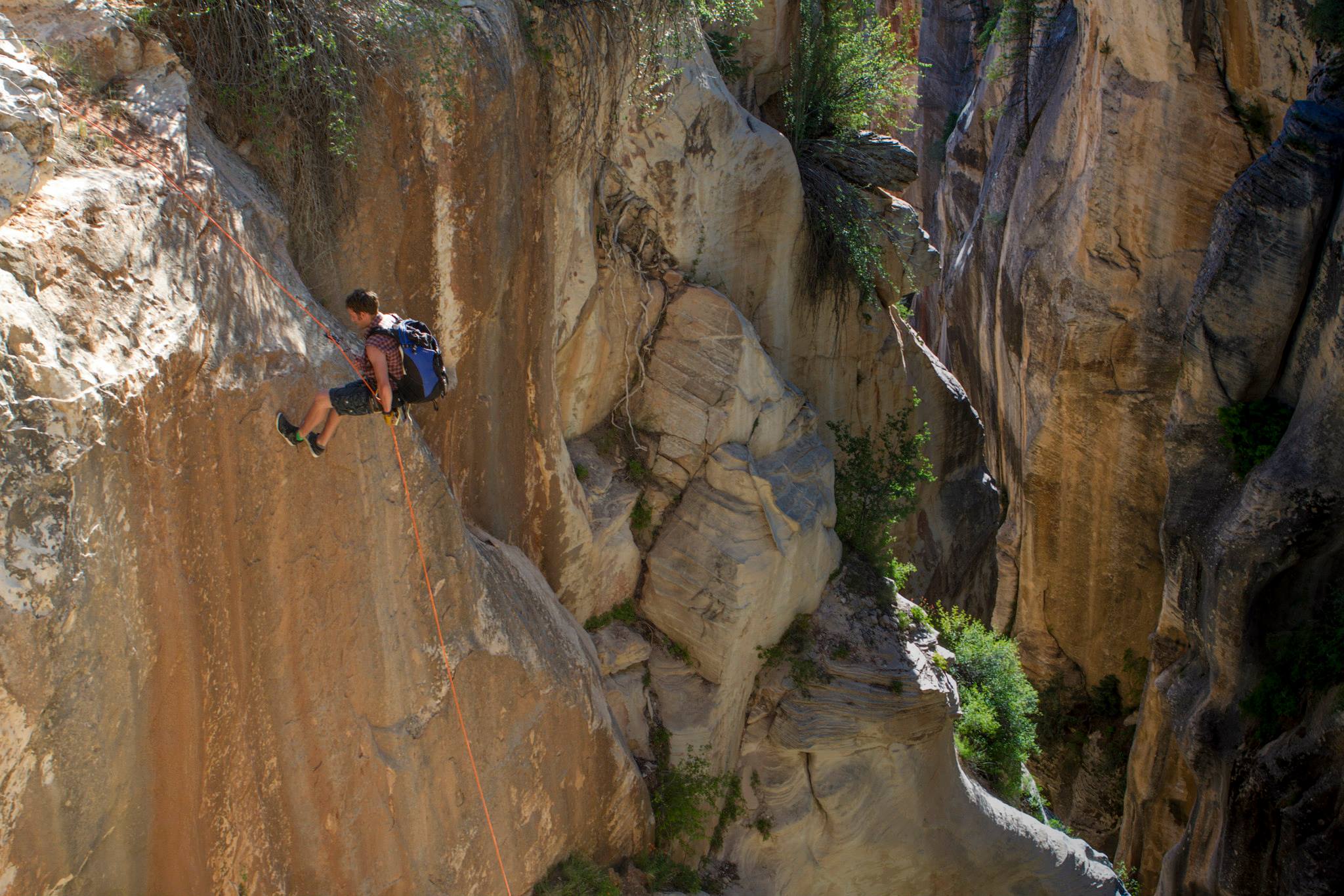 So I’m a geologist for the Utah Geological Survey. I did Kolob Creek recently. The Washington County Water Conservancy District said 3 cfs was being released from Kolob Reservoir continuously all week. When I got to the creek above the first rappel, it was bone dry (many others have shared this experience too). We checked the bridge at the Highway before starting the hike and there was definitely at least 3 cfs in the creek… but at the top of the first rap in it was completely dry. (maybe 1/8 cfs was flowing in the slot after the first or second rap)

Where did 95% of the water go? My theory is it has dissolved a seepage path into the basal unit of the Co-op creek member of the Carmel Limestone (which sits on the temple cap & Navajo Sandstones — near the lava flows north of lava point, probably entering through gravels BELOW/down canyon of the lava flows), and travelling laterally north-eastward (down dip) to come out of springs in the two waterfalls which run off the north wall of the canyon. Those drainages are NOT big enough to self produce the amount of water thy do… and that first waterfall is incredibly young (probably 2,000 to a few hundred years or younger).

Here’s some pictures of the waterfalls I’m talking about as well as schematics of my proposed hydrology. 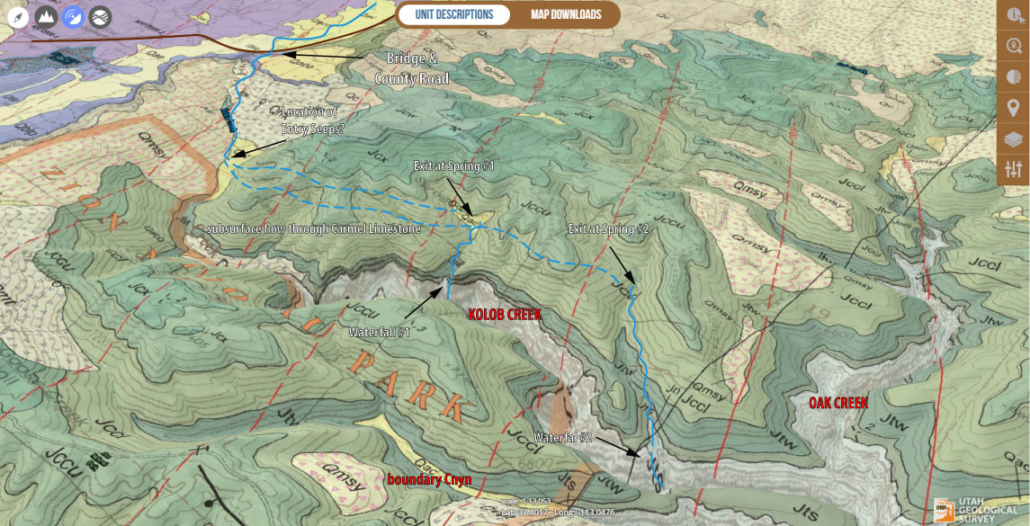 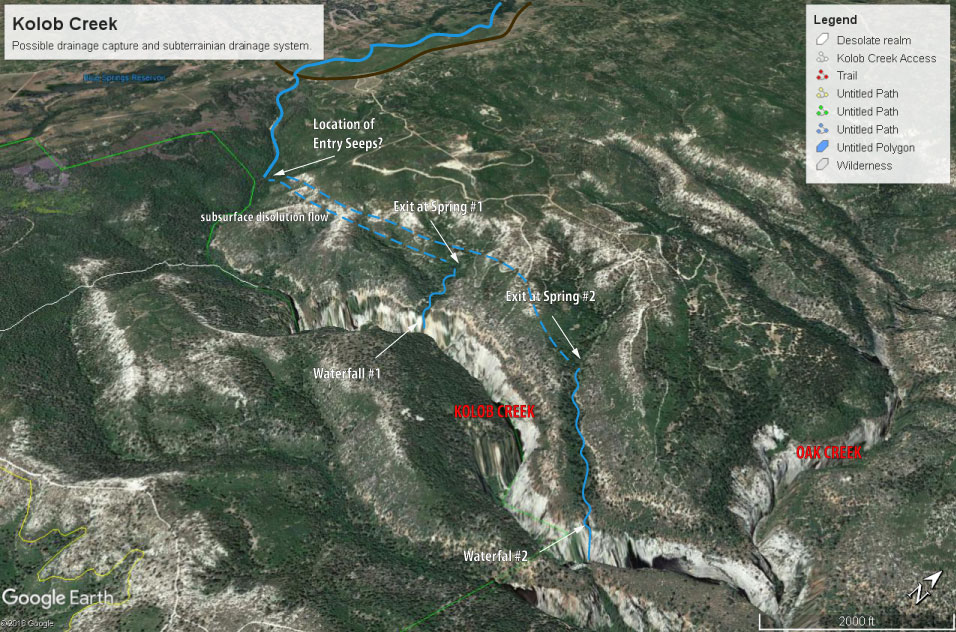 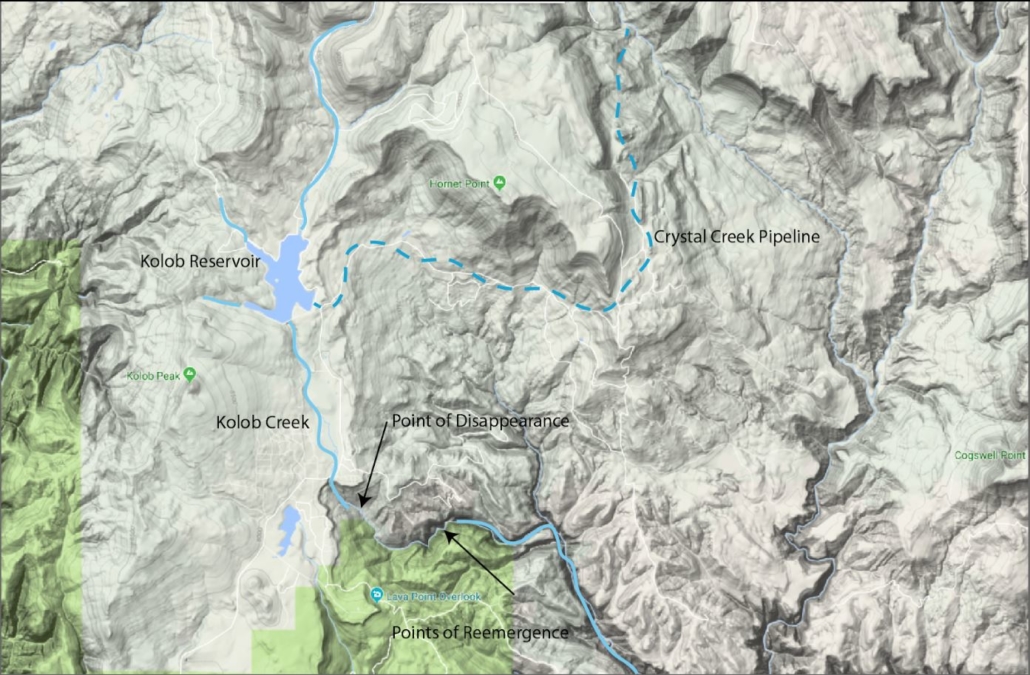 Craziest (albeit more speculative) aspect of this story is that it quite likely has happened before. Where Boundary Canyon is actually the old MAIN channel to Kolob creek, but the current channel captured the drainage and left Boundary mostly dry.

In fact… before that, Kolob Creek actually traveled SOUTH-WEST through Lee Valley/Little Creek just east of Northgate Peak & down to the bottom of the Subway. The Lava Point Lava flow preserves that old stream channel—it dates to about 1.02 million years ago. (at that point neither wildcat canyon or the current Kolob creek channels existed enough to capture the lava flow… and the main canyon was at least 1,000 feet shallower). You can see that ancient channel very clearly using our interactive map viewer to trace the lava point lava flow.

The Geology of Zion National Park
Scroll to top